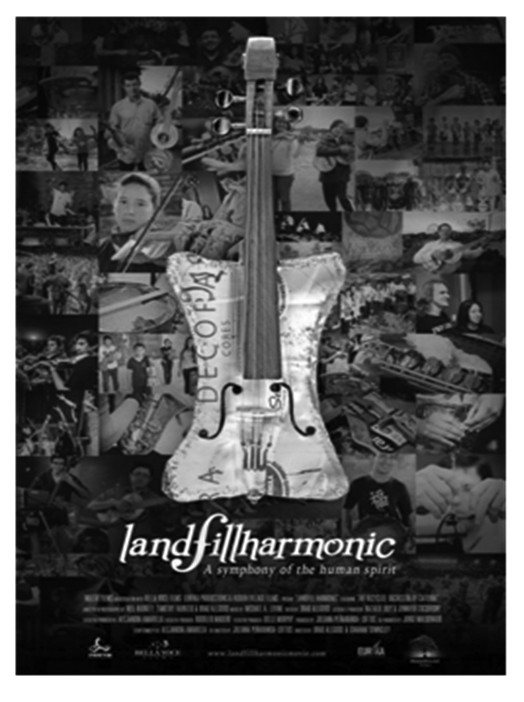 The world sends us garbage… We send back music.

Kids living in a slum built on a landfill in Paraguay create an orchestra made of trash, The Recycled Orchestra, and tour the world, finally realizing their wildest dream: to play with the heavy metal band, Megadeth.

Landfill Harmonic follows the Recycled Orchestra of Cateura, a Paraguayan musical youth group of kids that live next to one of South America’s largest landfills. This unlikely orchestra plays music from instruments made entirely out of garbage. When their story goes viral, the orchestra is catapulted into the global spotlight. With the guidance of their music director, they must navigate this new world of arenas and sold out concerts. However, when a natural disaster devastates their community, the orchestra provides a source of hope for the town. The film is a testament to the transformative power of music and the resilience of the human spirit.

„Landfill Harmonic is a secret treasure. What seems a competent document about survival amidst environmental devastation is actually a story of the dull throb of existence gleefully recalibrated by the thundering heartbeat of music.“ – The Austin Chronicle

„Simple storytelling and allowing the characters and subject matter to lead the way is the primary reason that the documentary Landfill Harmonic succeeds so well.“ – Third Way

„Everyone will find the story easy to love.“ - Letterboxed