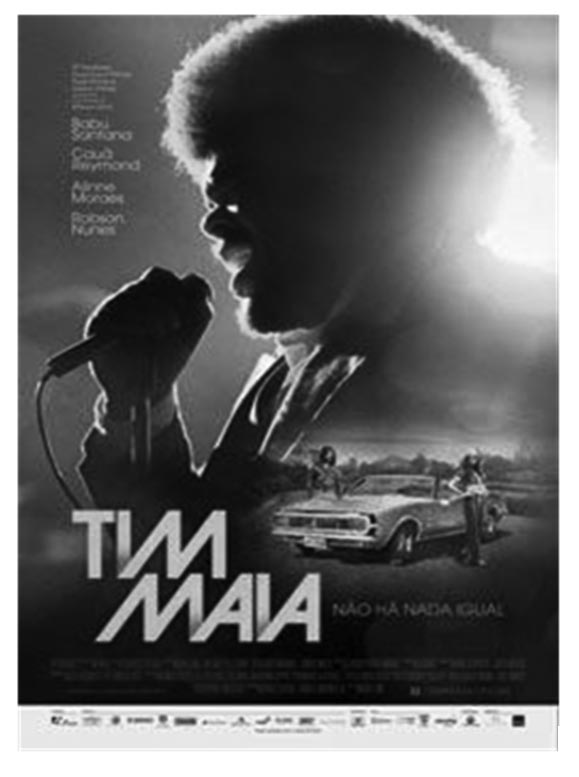 Biopic of ‘the father of Brazilian soul music’ Tim Maia from his humble beginnings in the Tijuca neighbourhood of Rio de Janeiro, until his untimely death in 1998 aged just 55.
The film follows his career as a performer as he travelled to New York and found success despite having no money and without speaking a word of English. Iconoclastic, ironic, outspoken, polemical, and confrontational, Maia was a gifted singer with a remarkable musical career. “More flatten! More shrill! More echo! More return! More everything!!!” Tim Maia’s cry can still be heard in every party, of any generation and social stratus, where his songs are synonym of joy and romance. Transgressor, lovely and scornful, Tim is one of the most respectable and loved artists of Brazilian music. Since his teenage years, when he arrived in New York without speaking a word of English, Tim Maia always did what he wanted to, with whom and whenever he wanted and paid a high price for his freedom. But, after his life, Brazilian music would never be the same again. „Borrowing from the shape of the musical blockbuster biopics which usually Hollywood loves so much (childhood, rise to fame, big party years followed by a very dark period), Tim Maia offers, of course, a first-rate soundtrack, and a polished aesthetics.“ – Metro Montreal