Inside the Mind of Favela Funk 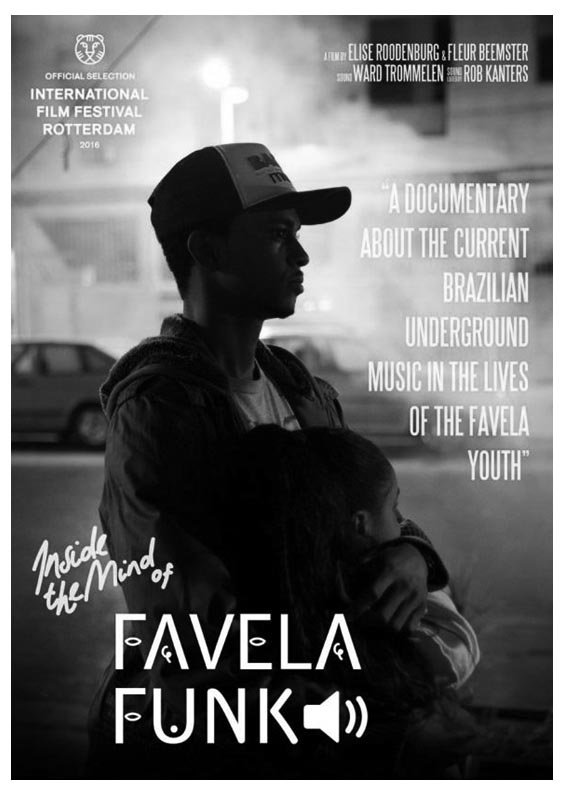 What do these downright pornographic lyrics say about male-female relations? And what does this musical trend mean for love and relationships in these neighbourhoods?

The filmmakers interviewed the (both male and female) artists as well as young boys and girls about the controversial putaria funk. Their open-hearted answers shed light on their relationships and reveal a lot about these underprivileged districts, where people grow up in poverty, surrounded by drug-related violence and death. In between the interviews, the camera films the typical narrow alleyways and dark living quarters that add visual emphasis to the stories the young people tell about their tough lives.  „We made the choice to only show the perspective of the favela youth, and not involve outside experts or text cards. Our aim is to give a look inside the lives of favela locals in order to understand more of their realities and backgrounds.“ - Fleur Beemster, Elise Roodenburg  „Unabashed sexuality, porn culture, misogyny, violence, gangs: on the hills of Rio de Janeiro, the favelas bring together  extremes. A sometimes brutal immersion into favela funk territory, a music that offer a ruthless reflection of Brazilian youth.“ – Gaite Lyrique